Here comes some good news for Canadian food service employers as well as employees as the federal government brings about new changes and eases rules on temporary foreign workers.

According to these, Canadian food service employees will now be able to hire up to 30% of their workforce through the TFWP (Temporary foreign worker program) as well as other upcoming changes for temporary foreign workers. Canada is currently experiencing major labour shortages and the changes announced on Monday will allow employees to hire foreign workers for more low-wage jobs, and in areas where unemployment rate is still very high.

One very important change is that higher-wage and highly skilled workers will now be able to secure three years of employment eligibility instead of two years, which will in turn help them for their permanent residency plans. All these upcoming developments are taking place to help Canada build its workforce. Bringing in temporary foreign workers to fill jobs where no local Canadian citizens are available to work is one way to help fix this rising issue.

Starting immediately, there are five major changes that would take place

As of today, Canada’s labour market is in a worse position than what it was like pre-pandemic. In the third quarter of 2021 the job vacancy rate made new records that were completely unexpected. Most of the labour requirements are currently in the low-wage occupations and these plans are brought forth with a lot of hope.

In November 2021, these sectors faced the highest job vacancies

In 2022, the Temporary Foreign Worker Program approved around 5000 positions under the Global Talent Stream and 23,000 positions in the High-Wage category. This could be you tomorrow, if you believe to have the right skills and the drive to start working towards your future in this land of opportunities.

Do you wish to Immigrate to Canada and want to know how the upcoming ease in restrictions will benefit you?

Canadian Express Entry draws to resume in the near future

An eventful discussion took place on 16th February 2022 between Federal Minister Sean Fraser and the CEO of the Business Council of Canada, Goldy Hyder. The spotlight of this discussion was resumption of the Express Entry draws for candidates qualifying under Canada...

Immigration minister Sean Fraser announced in his recent statement that Canada is now looking to welcome around 451,000 new immigrants by 2024. The initial number was 411,000 newcomers but according to the new plans, over the next three years, Canada will be welcoming... 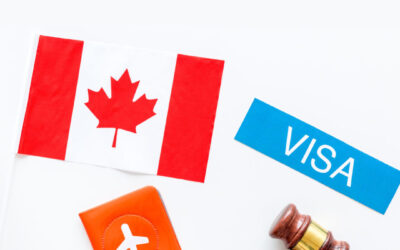 New measures to be implemented to expedite Canadian immigration processing

According to the new plans declared by the Immigration Minister of Canada Sean Fraser; an allocation of $85 million during the 2021 Budget will be used to return the different immigration programs to standard processing time. This budget comes as a ray of hope for...